Guests walked into the Boulder Theater to the original, swanky band, Banshee Tree. The four-piece band is an interesting, melodic mix of gypsy jazz, folk, pop and swing. They set the mood for the closing night ceremony as they played behind the display of the historic Vielehr awards.

Kathy and Robin Beeck, festival founders, went to the podium and thanked all of BIFF’s incredible sponsors and contributors. Without our sponsors, BIFF would not be possible, and we are all so incredibly grateful for them and the wonderful support that they provide.

The award for the Best Short went to Shok by James Donohue. The best short documentary went to Ben Knight’s Denali, a short film about a man’s journey fighting cancer with his upmost support, his dog, named Denali.

The Call to Action award went to the film to CODE: Debugging the Gender Gap, a documentary focused on creating more diversity in the technology field. Director Robin Hauser Reynolds remarked, over the past seven years, I have gone to so many festivals, and this is up in my top two now. The audience, staff and volunteers are all so gracious and engaged.”

Landfill Harmonic was awarded the Best Music Film Award. This film tells the story of kids who live in a slum in Paraguay, and take garbage and turn them into instruments. The orchestra they create is so enticing that metal band Megadeath picks them up to go on tour with them. Just as this happens, a devastating flood affects their homes. The audience absolutely loved this film, as all were incredibly moved.

The best Feature was awarded to House of Time, directed by Jonathan Helpert. For the first time ever, BIFF had a tie for the best documentary. Both The Witness, which told the story of the mysterious attacks of Kitty Genovese, and Maya Angelou: And I Still Rise won the Vielehr award for Best Documentary.

The director of “The Witness”, James Solomon, reflected on the festival, saying: “This was our absolute best film festival experience. In two days, we feel we have truly been taken into a family here.”

Best Director was awarded to Mark Craig of Last Man on the Moon, which was a sold out showing at the Boulder Theater. Astronaut Captain Gene Cernan was in attendance and participated in a Q+A session after the film.

The Grand Prize of 2016 BIFF was awarded to the documentary, Miss Sharon Jones, which was the opening night film. The audience loved the moving, inspirational, yet still lighthearted journey of the legend herself.

The People’s Choice Award, voted for by fans, was given to Under the Gun.

After the awards, BIFF screened the documentary “Norman Lear: Just Another Version of You,” which was truly adored by attendees. In the film, Lear noted, “Even though I appear as 93, I never lost my childlike view of the world.”

BIFF 2016 was a huge success, and attendees were truly glowing on Closing Night. It seemed an energy of unity had truly swept over the BIFF community. We are so grateful for everyone who participated this year, and can’t wait until 2017 BIFF. 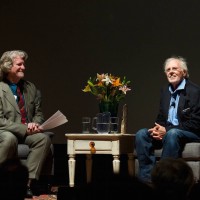 Autographs, Plush Toys, and Photographs at the Talkback Café 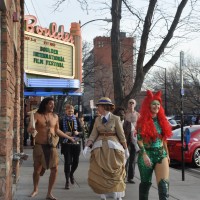 BIFF Releases Info on Two Films to Premier at Festival