BOULDER, Colo. – The 12th Annual Boulder International Film Festival (BIFF) announced its full program, which includes 51 films from around the world and nine films direct from the Sundance Film Festival.  The festival will also screen three films nominated for a 2016 Academy Award. BIFF takes place in scenic Boulder, CO, March 3-6, 2016, and brings films, filmmakers and fans from around the world together for a four-day celebration of the fine art of filmmaking.

“We are so excited about this year’s program,” said Robin Beeck, Festival Executive Director. “This is a stellar lineup with award-winning films from the world’s greatest directors and from fresh, new filmmakers just hitting the scene. We’re thrilled to be able to bring to Boulder a feast of the best films today.”

Bruce Dern
“A Tribute to Bruce Dern” will feature a presentation of the “Career Achievement Award” to Mr. Dern and a retrospective of his career, followed by a sure-to-be unforgettable interview with Mr. Dern conducted by BIFF special event producer Ron Bostwick.

The event will take place on Friday, March 4th at 7:15pm with Mr. Dern walking the red carpet into the Boulder Theater.  Tickets are on sale for $25 and may be purchased at www.biff1.com.

Opening Night
The festival kicks off on Thursday, March 3rd at 5:30 p.m. with an Opening Night Red Carpet Gala and screening of the long-awaited film Miss Sharon Jones!, a rousing documentary from two-time Oscar winner Barbara Kopple, who follows soul-singing powerhouse Sharon Jones and her band, the Dap-Kings, through a tumultuous two years of despair and triumph. Critics have called it “the best musical documentary of the decade.”

Full Festival Program
The full festival program is online and all festival tickets are on sale now at www.biff1.com, and are also available in person at the Boulder Theater box office or by calling (303) 786-7030.

Where are the women? By 2020, there are going to be 1 million unfilled jobs in coding in the U.S. Although women today comprise half the world’s population and more than half of the U.S. professional workforce, they play only a small role in inventing the technology of tomorrow. Why?

Join us at this year’s Global Town Hall for a panel discussion addressing the riveting topic of the BIFF film “Code: Debugging the Gender Gap.” This ground-breaking film screens Friday, March 4 at 10am at the Boulder Theater, followed at 1pm by the BIFF Global Town Hall at eTown Hall. Entrance to the Global Town Hall is free, but please rsvp for tickets, or access live streaming at biffglobaltownhall.com.

Because of BIFF’s tremendous growth, three new venues have been added: the Boulder Art Cinema and, for the first time, theaters in Longmont and Broomfield. See the program for information on films screening at these venues.

Fresh from its smash opening-night premiere at Sundance 2016, the closing night film, “Norman Lear: Just Another Version of You,” features the comedic imagination that made Lear the most influential and controversial writer and producer in the history of television.

Additional Film and event highlights from the festival include:

The Last Man on the Moon
March 6, 3:30pm, Boulder Theater

A real-life space cowboy, Captain Gene Cernan logged almost 600 hours in space, 73 of them on the moon. He also took one of the first space walks and set the speed record for a manned vehicle. When Captain Cernan stepped off the moon in 1972, he left his footprints and his daughter’s initials in the lunar dust. Only now, 40 years later, is he ready to share his epic but deeply personal story.

The Music of Strangers: Yo-Yo Ma and the Silk Road Ensemble

The Music of Strangers shares the very funny Yo-Yo Ma, a giant in the world of Western classical music, putting Beethoven aside to spend time with his multicultural Silk Road Ensemble. He gathers virtuosos from around the world and puts them in rooms together to see what kind of music they’d make together. This film will leave you with a newfound appreciation for the stunning variety of our world’s musical traditions, and an appetite to hear more.

Lo and Behold: Reveries of the Connected World

The very first word ever transmitted over the Internet was “Lo.” It was supposed to be “login,” but the system suddenly crashed. From the brilliant mind of Werner Herzog comes a playful yet chilling examination of our online lives. Herzog presents a treasure trove of interviews with strange and beguiling individuals—ranging from Internet pioneers to victims of wireless radiation—and he wonders if the future Internet will ever become aware of itself. Will it dream, as humans do? Or will it soon cause us—if it hasn’t already—more harm than good?

“He’s a little monster,” says six-year-old Malony’s drug-addled mother as she abandons him to the care of Florence Blaque (Catherine Deneuve), a sympathetic juvenile court judge. Over the coming decade, Blaque serves as a sort of foster mother—not in a traditional adoptive sense, but by her unshaking commitment to his case. She enlists the help of Yann, a caseworker and himself the survivor of a very difficult childhood. Together they follow the boy’s wild journey and try unfailingly to save him, time after time.

Eye in the Sky

Eye in the Sky stars Helen Mirren as Colonel Katherine Powell, a U.K.-based military officer in command of a top-secret drone operation to capture terrorists in Kenya. Through remote surveillance and on-the-ground intel, Powell discovers the targets are planning a suicide bombing and the mission escalates from “capture” to “kill.” But, a nine-year old girl enters the kill zone, triggering an international dispute reaching the highest levels of the U.S. and British government. The film also stars Alan Rickman in one of his last performances.

The Little Prince weaves elements of the novel into an original narrative written by Irena Brignull and Bob Persichetti. To ensure that her daughter is enrolled in a prestigious academy, the Mother forces The Little Girl into a rigorous study schedule that leaves her little time to enjoy her summer. The Little Girl befriends The Aviator, her elderly retired next-door neighbor. As their friendship develops, The Aviator introduces The Little Girl to a magical world where anything is possible; a world that he was introduced to long ago by The Little Prince. Through an extraordinary journey, The Little Girl learns that what is truly essential to living a full and happy life can only be seen with the heart.

In one of history’s great ironies, computer coding was invented by a woman, Admiral Grace

Hopper, in the 1940s. Yet today, women hold only a tiny percentage of software engineering jobs. How did this happen? Tech jobs are growing three times faster than our colleges are producing computer science graduates, and there is a vast well of unfilled software engineering jobs in the U.S. This film opens a dialogue on how cultural mindsets, stereotypes, educational hurdles and sexism play a role in this mounting crisis.

Get down to some sweaty soul from The Burroughs, dedicated to making audiences dance since 2013. This nine-piece funk and soul band from Northern Colorado is a contemporary version of a classic soul revue, with hints of James Brown and Otis Redding, powered by punchy horns and funky grooves behind singer Johnny Burroughs’ slick dance moves. Get ready to dance the night away.

The Boulder International Film Festival brings films and filmmakers from around the world to Boulder for a four-day celebration of the art of cinema.  The Festival attracts more than 25,000 film enthusiasts, media and industry each year and will take place from March 3-6, 2016.  For tickets and more information go to www.biff1.com. 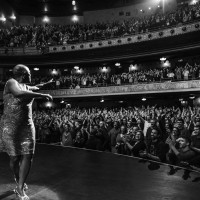 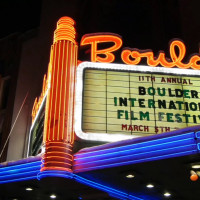 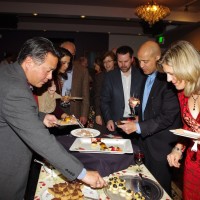